Poll: What Is Going to Happen on SNL With Donald Trump Tonight? 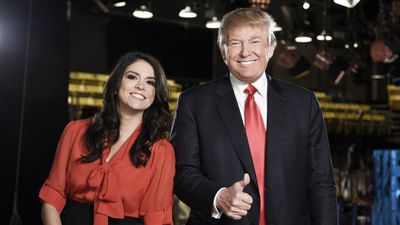 With a vision to make America even more racist great again, and seemingly nothing to do with regards to pursuing a political career, Donald Trump has decided to venture into the world of comedy. Well, barely passable comedy. With declining viewership and very relevant comedians, this is a home run for Trump’s presidential campaign to get votes from liberal white people who were just going to vote Hillary anyway.

Trump is a man dedicated to his comedic craft, honing and workshopping jokes until they are the pinnacle of comedy. Some say he is so talented, that his jokes will make the most hard of hearing be able to hear again, and those whose hearing is unaffected will become deaf. His jokes are sourced from the angels of comedy, who reportedly sit on Adam Sandler’s production company, Happy Madison.

Because his brain isn’t exactly predictable, one can only guess what the ol’ Trumpeter will do tonight, the wild cat!