Target’s New CEO Is Plotting an Overhaul of Apparel, Home, and Beauty 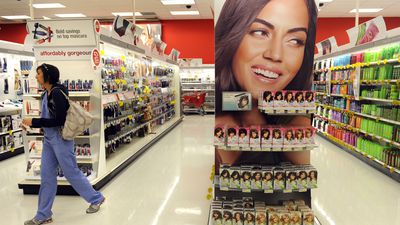 Target’s new CEO Brian Cornell is the retailer’s first to be recruited from outside the company, and faces the huge task of revitalizing a brand that’s recently seen such setbacks as a retreat from the Canadian market and a major hacking incident. A lengthy profile in Fortune sheds some light on Cornell’s background—he’s obsessed with analytics, and a huge fan of visiting the store unannounced and informally polling customers on their thoughts—and what he has planned for Target. Here’s how he hopes to shape the future of Target:

Data: Cornell asked to be moved from the CEO suite to a smaller office near Target’s “global data nerve center,” where the social media teams and analytics team work. He asks for data updates twice a day.

Gym rat: Cornell works out every morning in the Target corporate gym and then goes back there after work. Yes, two-a-days, most days.

The outsider: Target leaders admit they needed help from outside the company. “It’s not that we became insular. We were insular,” Jeff Jones, Target’s chief marketing office told Fortune. “If you need to go faster, you need people who’ve done it. We didn’t have enough people who’d done it before.”

What happened in Canada: Cornell made the call to shutter all of Target’s Canada stores after he took a solo trip to visit Targets in Montreal the Saturday before Christmas and found them painfully empty.

$ 1 bin switch-up: In some Target stores, Cornell is testing out replacing those $ 1 bins with a “first impressions” area that highlighs certain items.

Target’s transformation: He’s giving himself three years to deliver on the improvements he wants to make at Target. He tells Fortune, “there’s nothing we’re talking about where someone’s going to say, ‘Wow, I’ve never seen that before…they will add up to a very bold change for the brand and the business … If we execute the plan over the next few years, you will say, ‘Boy, Target made a huge transformation.’