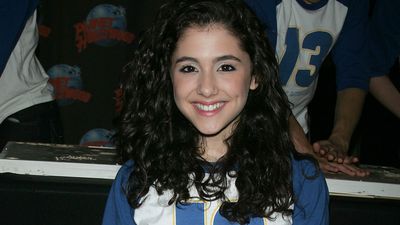 Do not let the donut-licking and “Christmas and chilling” that she’s become associated with in recent months fool you: Ariana Grande, tiny ponytailed pop star, was and remains to this day a dorky theater kid.

For the rest of her 13-minute performance, she belted three songs in perfect musical theater voice, sing-song dialogue breaks and all. Even her outfit echoes the costume of the high school theater nerd: oversize sweater, hipster glasses, and skinny jeans. Watch her performance below.