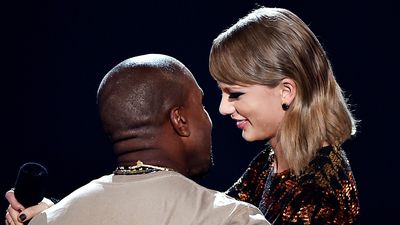 Kanye West and Taylor swift have had an interesting relationship. Things clearly got off on the wrong foot when West famously interrupted Taylor during her 2009 VMA acceptance speech. But, earlier this year, the two were spotted hanging out and chatting over dinner. Taylor even gave a speech praising his work while presenting him with the Video Vanguard award during this year’s VMAs.

Now, it seems they have reached BFF status. Taylor shared a photo on her Instagram of a huge bouquet of white flowers sent to her by none other than Kanye himself. Though Taylor, offering to be his running mate with the hashtag #kantay2020 seems a little eager.