Bloomingdale’s Accidentally Gave Shoppers Up To $25,000 in Store Credit 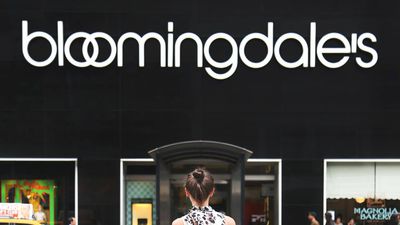 Some Bloomingdale’s Loyallists, aka the department store’s loyalty program shoppers, got a major surprise in their inbox when a computer glitch gave them thousands of dollars of store credit. Buzzfeed reports that emails to shoppers seemed to have accidentally added dollar signs to their Loyallist points. For example, 5,000 points usually gets you a $ 25 gift card. But shoppers were instead informed they had $ 5,000 in store credit.

So of course people spent that money. One woman recounted on Facebook that she spent $ 2,100 online at Bloomingdale’s to see if her $ 10,000 in store credit actually worked. It did. “Wouldn’t you know, the order went through with no issue. Later in the day, I went back into my Loyallist account and the balance of the reward card, about $ 7,900, was gone,” she wrote.

Another shopper ended up with a whopping $ 25,000 of Bloomingdale’s store credit. He went to the Manhattan flagship and was able to ring up and walk out with $ 17,000 worth of merchandise. That included a $ 10,000 pair of diamond earrings, a $ 5,000 watch, and a new Louis Vuitton bag.

According to Buzzfeed, Bloomingdale’s called that shopper and said he “needs to return” everything he bought, and he’ll be given a $ 100 gift card for his trouble. Buzzfeed’s Sapna Maheshwari writes: “If he doesn’t, he will be banned from the loyalty program — a seemingly acceptable sacrifice for the $ 17,000 worth of free stuff he picked up.” Indeed, that’s not much of a threat when you have a new LV bag in the balance.