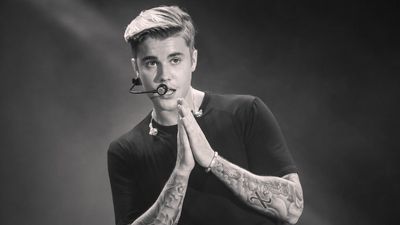 Justin Bieber had his fun, and now he’s making the rounds, apologizing to teens and adults for his infuriating man boy ways of the past. While his vindication in Seventeen magazine was a bit more vocal, and included bits like “I’m sorry if I’ve let you down,” his road to redemption from late night TV-watchers included no speaking at all. As the credits rolled for The Late Late Show, the camera panned over to the drummer who was actually a very concentrated Justin Bieber. He’s just a regular band member playing his drums.