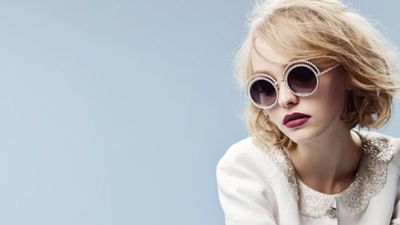 At 16 years old, Lily-Rose Depp’s spot in the fashion industry’s limelight is already pretty well-cemented. According to the Huffington Post, Karl Lagerfeld reportedly handpicked Depp for a new Chanel eyewear campaign that was released today, playing a “baby doll in a world imbued with sweetness and femininity,” as the brand described it. She’s in good company: Cindy Crawford’s 13-year-old daughter just posed for Steven Meisel in the newest issue of Vogue Italia.

The news isn’t totally surprising given that Depp has frequented Chanel shows in the past and her mother, Vanessa Paradis, is a longtime face of the brand. (Having Johnny Depp as her father doesn’t hurt either.) It seems as though Depp is carving out a modeling career for herself: she also starred in an issue of Oyster this past spring, and we’ll probably see more of her on the fashion week circuit in September.

Racked Video: Chanel and the other highest profile runway shows of Fall 2015