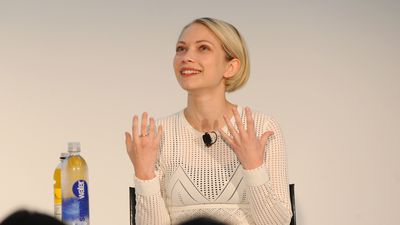 Back in 2011, The Sartorialist’s Scott Schuman gave an interview tearing down style blogger/ingenue Tavi Gevinson, and Gevinson is still responding to said interview in 2015. No wonder, since he called her “just a kid” and referred to her success as “a little bit of a conspiracy by established print media.”

At this weekend’s Vulture Festival, the Rookie EIC elaborated on her recent burn against Schuman, who once said she was too young to really understand fashion. (“To me it is like a five-year old Michael Jackson singing about love – to him they are just words. It is just an abstract concept.”) Style.com quotes Gevinson as saying, “What a stupid thing to say! Why would a middle-aged man’s opinion on fashion be more relevant than a teenage girl’s? That’s crazy!”

“That’s just related in general to people having these really weird ideas about who’s allowed to talk about what and who’s the authority on different things. There was a lot of that conversation happening when my blog was getting attention,” she said. She added that “fashion does not start at a certain age” and “a teenager is probably more the demographic for [fashion] than a middle-aged man.” At least she didn’t bring up his height this time.