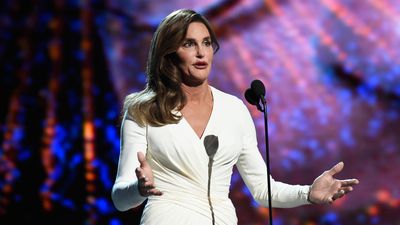 In four to six weeks, for worse or worse, the Halloween-celebrating public can buy a Caitlyn Jenner costume thanks to Spirit. The massive costume shop has confirmed to the Daily News that their plentiful pop-up shops will carry a costume resembling the trans activist. Trisha Lombardo, head of PR and marketing for the retailer, defended the Halloween look, “Caitlyn Jenner has proven to be the most important real-life superhero of the year, and Spirit Halloween is proud to carry the costume that celebrates her.”

As the Daily News notes, this isn’t the first time the company capitalized on controversy. Spirit carried “Slenderman” outfits as well as repeated Native American costumes. Add Caitlyn to the list of cultural figures that don’t need to be imitated with cheap fabric in a plastic bag.

Update: As it turns out, Caitlyn Jenner doesn’t mind Spirit Halloween’s costume. In a clip from Jenner’s interview with Matt Lauer, he asks if she thinks it’s offensive. Caitlyn responds, “I’m in on the joke. I don’t think it’s offensive at all.” She continues, “I know the community does and they’ve gotten a lot of criticism for doing it. I think it’s great.”