Kanye West’s Latest Yeezy Boost 350 Is Out Next Week 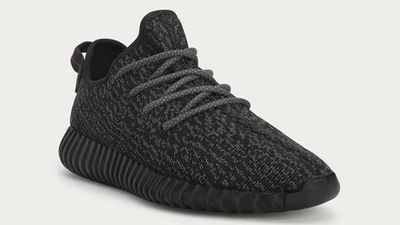 In June, Kanye West’s Yeezy Boost 350 for Adidas sold out so fast, and then appeared on eBay for thousands of dollars. But Adidas is giving Kanye fans another crack at scoring the sneakers this month. GQ reports that the Yeezy Boost 350 in black is slated to appear in stores on Saturday, August 22nd.

The magazine lists a complete rundown of all the stores in the US that will carry the black version of the sneakers. Until next Saturday, here’s an unboxing video and review of the black Yeezy Boost 350 by a lucky YouTuber who says he was lucky enough to get his hands on a pair ahead of time.