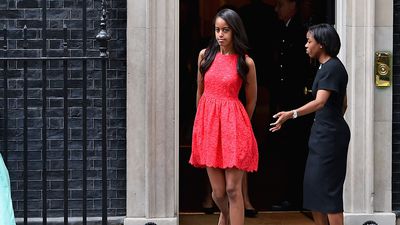 America’s coolest teen, Malia Obama is hanging out in Williamsburg this summer as an intern on the set of HBO’s Girls, the internet reports. Word is duties include “delivering coffee for the cast and crew and helping block the public from entering during scenes and shoots.”  Next stop: a Taylor Swift dinner party!

Malia Obama hangs with Lena Dunham on the set of “Girls” in Brooklyn http://t.co/dABScnN7yS pic.twitter.com/pW7PWBPWO5