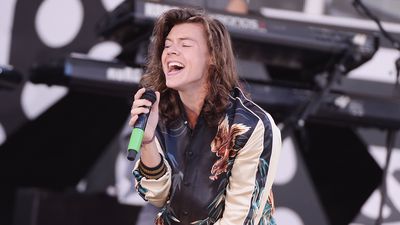 There was an event in the British calendar for once, as opposed to the mighty old American calendar. The annual Royal Variety Performance took place at London’s Royal Albert Hall. This event is huge: a couple of songs are sung and the royals pretend to look entertained. What a fine celebration of all Britain has to offer!

However, this mostly appeals to Americans, as it cemented the meeting of two Princes and this is not about the Spin Doctors song. No, Prince Harry and Harry Styles finally got some IRL face time. Appearing to be polite, the redheaded Prince decided to pose a question to the rugged headed Prince about his most prized possession: his hair. “When was the last time you had a haircut?” asked Prince Harry. Oh, he went there.

Styles responded that he wasn’t “planning on it right now,” but he will eventually get to it at some point for charity. Maybe 1D fans can start a Kickstarter for the charity to prevent this happening.