Millennials Are Their Parents, Shop at Target and Home Depot 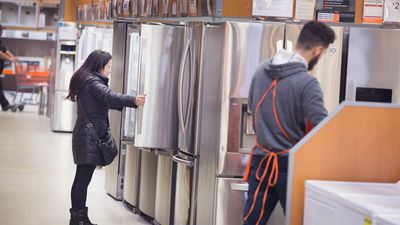 The mysterious shopping behaviors of the millennials have finally been solved: according to a Forbes report on a survey of millions of recent college grads, millennials love Target. They love Target so much that 64% of those surveyed said that they had bought something at the retailer in the past three months. (It was probably Lilly Pulitzer-related.)

Coming in a close second behind Target was The Home Depot. 48% of millennials surveyed said they had recently shopped at the hardware retailer—hopefully not for Pinterest wedding supplies, though.

When they aren’t shopping Target’s racks or buying a hammer, the survey revealed that millennials are strong Chipotle supporters, love Patron tequila, and still go out and see movies in theaters quite often.