Prince William Is More Emotional Since Becoming a Dad 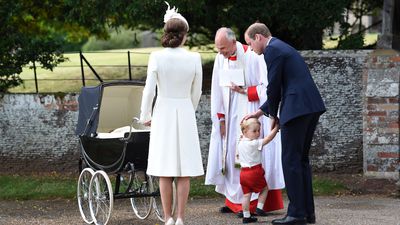 Though thought to be of a higher class and bestowed a lifelong privilege by Gods, the British Monarchy are some sensitive souls. It is hard royalling about being a royal and all, is it not? One would not know as one is not a member of the royal family.

In a preview for a new documentary with Anthony McPartlin and Declan Donnelly, otherwise known collectively as Ant and Dec (Who are a couple of Geordies who used to be pop stars-slash-actors on a British Degrassi but now present pretty much every show). Prince William said “I’m a lot more emotional than I used to be, weirdly.”

Prince William continued saying “I never used to get too wound up or worried about things but now the smallest little things, you well up a little more, you get affected by the sort of things that happen around the world or whatever a lot more, I think, as a father. Just because you realize how precious life is and it puts it all in perspective. The idea of not being around to see your children grow up and stuff like that.”

You can watch the preview here.