Blake Lively Is Slightly More Rebellious in a Post-Preserve World 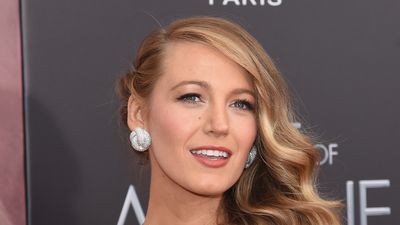 Blake Lively’s intentions were only ever good. The actress/lifestyle guru wanted to preserve us, and more importantly, she wanted to preserve you, and your precious Goop, Paltrow. Unfortunately, since her lifestyle site was shut down, she merely has to rely on paparazzi shots to broadcast her messages for the world.

Lively is currently in New York shooting an untitled Woody Allen film. However, there’s something different about her. This isn’t the Blake we saw last year baking cupcakes with Vogue — she still brightens up the street with her shiny blonde hair and equally shiny smile, but this is an entirely different Blake.

Determined not to let the shaky Year of Preserve deter her from her path to positivity, Lively has undergone somewhat of a rebrand, almost as sharp as post-Kanye Kim, but still holds onto her sweet touches. Though not entirely devoid of creativity, the crisp East Coast Fall breeze has her donning every single trend listed in her Net-a-Porter and ASOS newsletters.

The burgundy leather fringed jacket amps up edge — a trait ‘Preserve Lively’ would never have associated with her brand — to her casual outfit, and those leopard print Lanvin sneakers. Well, she’s trying.

What is Blake trying to teach us with this outfit? Does this Blake want to rock and roll all night? Forgoing cupcakes for goo goo balls and The Lonely Island for Phish.

2016 is the year of Badass Blake, and she’s only just started to introduce us to her.