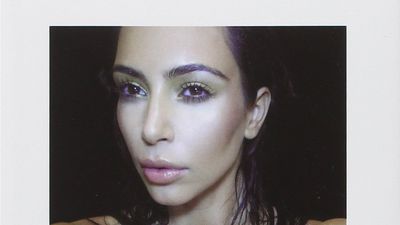 For any other art book, sales of 32,000 copies might be a respectable number. But when the book is penned by Kim Kardashian-West, who has 41.3 million Instagram followers, it’s less than impressive. That’s the sales figure for Selfish that reps for Nielsen Bookscan reported to Radar, which means that only 0.8% of Kardashian’s Instagram fans bought her printed collection of selfies.

When Selfish came out in May, limited edition copies sold out in one minute, and the Guardian called it “a nail in the coffin for artistic photography.” Although the reviews weren’t all bad: New York magazine’s art critic Jerry Saltz called Kardashian-West the partial inventor of the selfie and compared her to Andy Warhol.

Within ten days of its launch, the book sold 14,000 copies in the U.S. and landed at #13 on the Adult Nonfiction bestsellers list, according to Publishers Weekly. It appears that sales have slowed way down since then. But if you still want to buy what Kim’s posting online for free, it’s only $ 9.97 on Amazon right now (original retail price: $ 19.95). StyleCaster broke down what to expect: “445 pages, 300 total selfies including 115 cleavage shots, 23 butt shots, 10 nude selfies, one baby bump shot, and one selfie with an elephant.” At least Selfish sold more copies than Kylie and Kendall’s book.