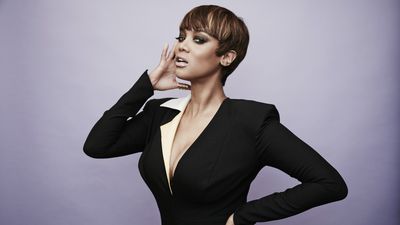 If you didn’t know that Tyra Banks was running a new talk show called FABLife, you didn’t miss much — she’s already announced that she’s dropping out as co-host after two months of dismal show ratings. According to The Wrap, Banks is leaving the show to focus more on her cosmetics line, although she will finish out the year in her role as executive producer. The show’s other co-hosts, including Chrissy Teigen, and Joe Zee, will soldier on without her.

“This is a very difficult decision, but necessary,” Banks said in a statement. “I will be devoting more time to my new, growing cosmetics company, TYRA Beauty, which is expanding faster than anticipated, as well as overseeing my company’s other entertainment ventures.”

TMZ has a more salacious account of the events that led to her departure, reporting that a source says that Banks “felt like she had been double-crossed” since FABLife did not promote her cosmetics line as much as it promised that it would. Banks was also reportedly not getting along with one of the other executive producers on the show.