Hillary Clinton Might Steal Her Makeup Artist Back From Veep 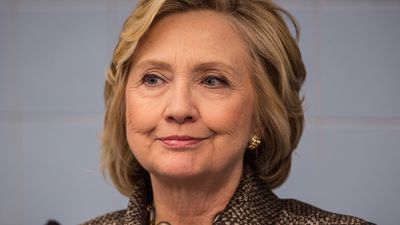 The makeup artist in question, Barbara Lacy, has worked on the HBO show since 2012 and worked as the former First Lady’s makeup artist for years, according to The Cut. She doesn’t do Louis-Dreyfus’s makeup on the show, but was able to get the star a note from Clinton written to Louis-Dreyfus as Selina Meyer, her Veep character. It was written on Secretary of State stationery. “It’s really special, and I have it framed in my office,” Louis-Dreyfus said.