At Least Jennifer Lawrence and Amy Schumer Have Each Other 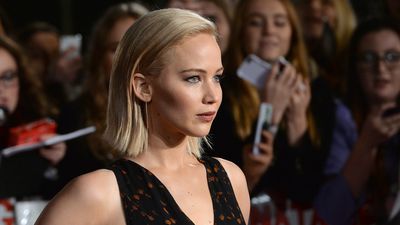 Jennifer Lawrence and Amy Schumer possess the kind of fame some people work their entire lives to achieve — which is why it seemed so disillusioning when this week, both actresses separately shared their thoughts on what it’s like to actually experience said extraordinary levels of success. Apparently, it sucks! Like, a lot!

When Jennifer Lawrence got the Vogue profile treatment this week (thereby achieving another impossible goal), she discusses what it’s like to date while famous:

“No one ever asks me out,” she said. “I am lonely every Saturday night. Guys are so mean to me. I know where it’s coming from, I know they’re trying to establish dominance, but it hurts my feelings. I’m just a girl who wants you to be nice to me. I am straight as an arrow. I feel like I need to meet a guy, with all due respect, who has been living in Baghdad for five years who has no idea who I am.” She also says of her bedroom, “Literally zero magic has happened in here, then cheers to “My hymen growing back!”

“I’m, like, newly famous, and it turns out it’s not fun. Did you guys know that? You’re, like, you know that I’m just now learning that my dreams have been a sham, and that it’s actually not great and it just only comes with pain. We all know it’s going to last another three months because that’s how it works. I’m already burning bridges like it’s already fucking over.”

Welp! Turns out even when you’ve reached your professional peak, it’s still bad! The only solace we have now is knowing that at least Jennifer Lawrence and Amy Schumer have discovered the kind of friendship that only two people dealing with the same problems can find, and are channeling it into a screenplay.