Gigi Hadid Theorizes About ‘Making a Murderer’, Everyone Responds With ‘Queen’ 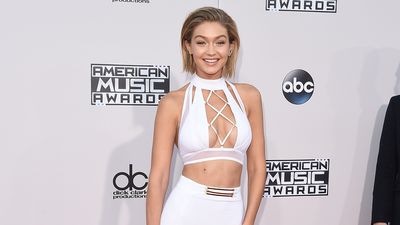 Prior to Making a Murderer pretty much every docuseries about criminal investigations was something your dad watched with over-acted recreations, terrible Windows Movie Maker Effects and sinister music that sounds like it was recorded in a toilet.

The Netflix docuseries about the trial of Steven Avery has been taking #teens and #millennials by storm. If you search about it on Twitter, people are coming up with theories every five minutes, live tweeting their reactions, or expressing adoration for Avery’s former lawyers Jerry Buting and Dean Strang. Seriously, search their names on Tumblr and look at the terrifying result.

The show encourages viewers to question the efficacy of both law enforcement and the judicial system, and provides an eye-opening look into just how corrupt things can get even in a supposedly developed country.

Supermodel Gigi Hadid has just jumped on the Making a Murderer train and rushed to finish it today so she could tweet her thoughts about it. Yes, even models binge watch Netflix shows, but she had some smart things to say.

Regardless, being famous means that every tweet she sent out about it garnered a response along the lines of “mom,” “babe,” and “queen.”

At least she tried.

I don’t understand how the jury had no doubt beyond reason that all this evidence added up and/or didn’t contradict each other. —

What’s hardest for me is seeing a 16 year old kid, now in his mid 20’s who clearly doesn’t have the tools to deal with this situation. —

There should be laws that protect people like Brendan Dassey. It breaks my heart that he hasn’t yet been granted retrial.