Target Is Phasing Out Gender-Based Signage 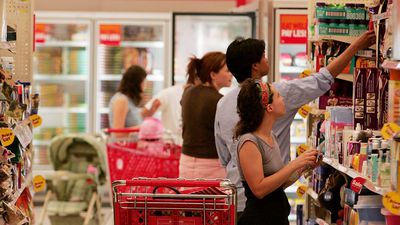 Target announced that the company will no longer be categorizing products in the toys, home, and entertainment departments by gender. (Amazon made a similar move a couple of months ago.) The decision came after customers criticized the retailer for having the gender-based signs in the first place, especially in the children’s department. In its response, the company detailed how the stores were going to be reorganized:

Right now, our teams are working across the store to identify areas where we can phase out gender-based signage to help strike a better balance. For example, in the kids’ Bedding area, signs will no longer feature suggestions for boys or girls, just kids. In the Toys aisles, we’ll also remove reference to gender, including the use of pink, blue, yellow or green paper on the back walls of our shelves. You’ll see these changes start to happen over the next few months.

There was an outpouring of support for the decision in the comments section, where parents seem happy to see the gender references for kids removed. “I am now no longer steering clear of the toys aisle when I’m with my 4 year old son who loves pink and princesses,” one commenter wrote. “He can feel comfortable at Target now too and that means I will be shopping here more often.”