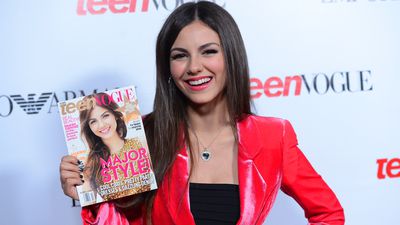 . Today, the magazine’s entire staff — as in, both the print and digital teams — moved to Vogue.com’s floor (Vogue‘s print team works out of a separate floor than its digital team). This is part of Teen Vogue‘s new “alignment” with Vogue, Teen Vogue spokesperson Erin Kaplan tells Racked.

Amy Astley, Teen Vogue‘s editor-in-chief, has made the move with her staff. However, it was just announced that the magazine’s former managing editor is headed to Allure to work with new EIC Michelle Lee.

Shutting down the print magazine wouldn’t be a surprising move for Condé Nast. Details closed late last year; the fate of its website is as yet unconfirmed. Before that, Lucky went entirely digital. This also looks like the direction Self is headed in — the magazine lost 15 print staffers and scaled back to 10 issues a year in November.