Target Aligns Itself More Strongly With the LGBT Community 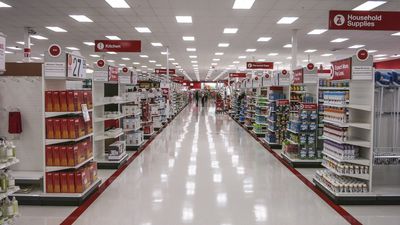 Target has signed on in support of the Equality Act, according to a blog post from the company published today. This bill establishes explicit, permanent protections against discrimination based on an individual’s sexual orientation or gender identity, as the Human Rights Campaign explains. It would ban discrimination in areas including employment, housing, access to credit, public education, and accommodations.

Target joins companies like General Mills, Apple, Google, Facebook, and PayPal, who have all endorsed the Equality Act, according to the Pioneer Press. The Equality Act was introduced this year by Senators Jeff Merkley, Tammy Baldwin, and Cory Booker, and Representatives David Cicilline and John Lewis.

Target’s senior director of diversity and inclusion Caroline Wanga said in the blog post: “Target proudly stands with the LGBT community through all that we do from our partnerships with organizations like the Human Rights Campaign (HRC), to our volunteer efforts, and even the products we sell. We want to be a champion for an inclusive society by using our influence and resources to support equality in the communities where our team members and guests live and work.”

Target recently made waves by announcing it would phase out categorizing products in the toys, home, and entertainment departments by gender. In the spring, the retailer published a blog post in response to controversial “religious freedom” laws, writing: “Everyone deserves to feel like they belong.” The company also posted a “Pride Manifesto” in June. Target is now a national platinum partner of the HRC.